These two photos show the before (L) and after restoration of a painting called "Portrait of a Young Woman." The Allentown Art Museum now believes that the 1632 painting, which had been attributed to an unspecified artist in Rembrandt's workshop, is a work from the Dutch master himself. Photos courtesy of the Allentown Art Museum
Arts & Culture

A museum thought it had a Rembrandt knockoff. Only it was real

ALLENTOWN, Pa. — Thanks to modern technology and some expert detective work, a nearly 400-year-old painting that had long been attributed to an unknown artist in Rembrandt’s workshop has now been judged to have been a work of the Dutch master himself.

For decades, the Allentown Art Museum displayed an oil-on-oak panel painting called “Portrait of a Young Woman” and credited it to “Studio of Rembrandt.” Two years ago, the painting was sent to New York University for conservation and cleaning.

There, conservators began removing layers of overpainting and dark, thick varnish that had been added over centuries — and they began to suspect Rembrandt himself was responsible for the original, delicate brushwork underneath.

“Our painting had numerous layers of varnish and that really obscured what you could see of the original brushwork, as well as the original color,” said Elaine Mehalakes, vice president of curatorial affairs at the Allentown Art Museum.

WATCH: For the first time ever, ‘All the Rembrandts’ are on display in Amsterdam

Conservators used a variety of tools, including X-ray, infrared and electron microscopy, to bolster the case that it was the work of one of the most important and revered artists in history.

The scientific analysis “showed brushwork, and a liveliness to that brushwork, that is quite consistent with other works by Rembrandt,” said Shan Kuang, a conservator at New York University’s Institute of Fine Arts who restored “Portrait of a Young Woman.” 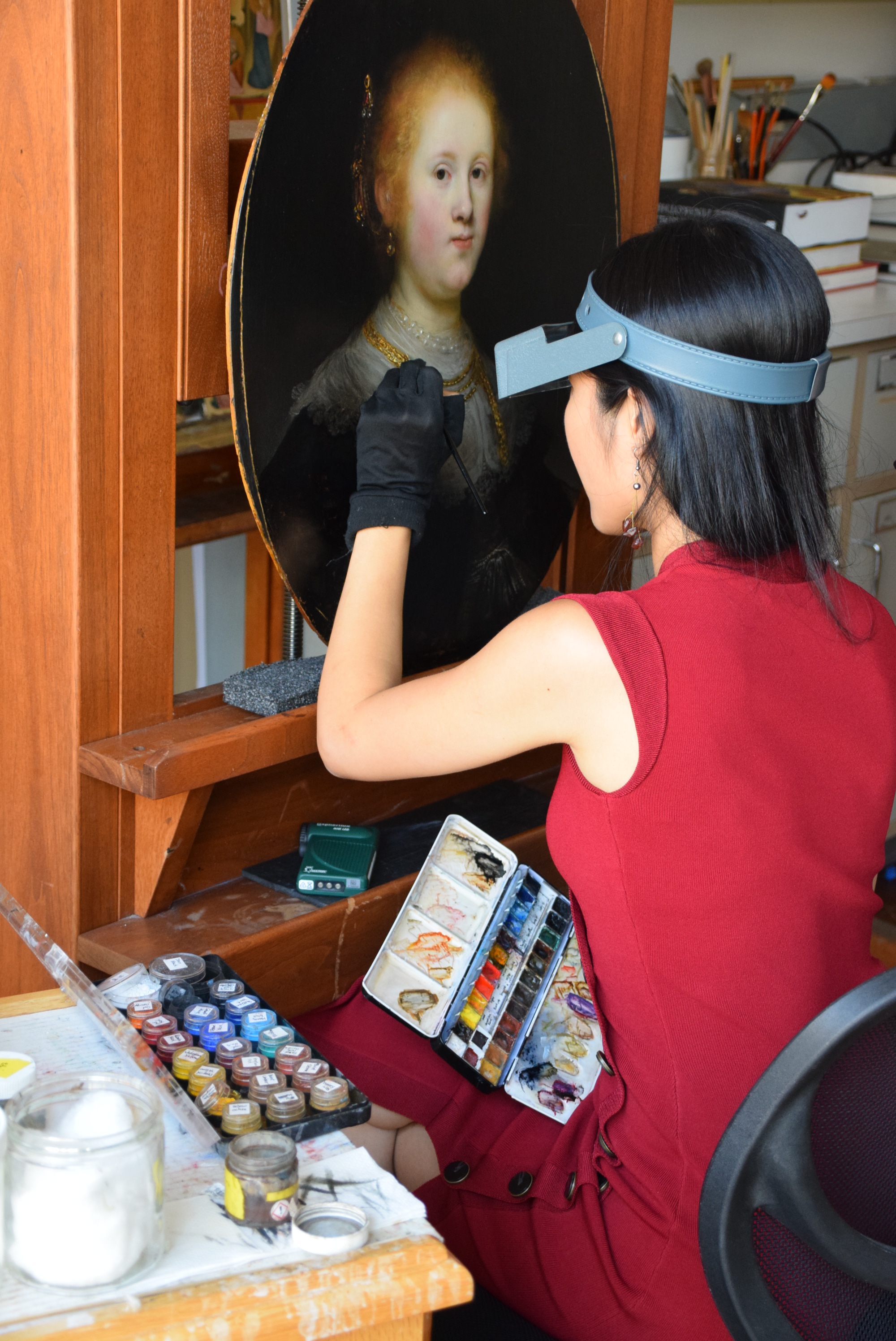 Outside experts who examined the 1632 painting after the completion of its two-year restoration concurred with the NYU assessment that it’s an authentic Rembrandt.

“We’re very thrilled and excited,” Mehalakes said. “The painting has this incredible glow to it now that it just didn’t have before. You can really connect with the portrait in the way I think the artist meant you to.”

When “Portrait of a Young Woman” was bequeathed to the museum in 1961, it was considered to be a Rembrandt. About a decade later, a group of experts determined that it had been painted by one of his assistants. Such changes in attribution are not unusual: Over the centuries, as many as 688 and as few as 265 paintings have been credited to the artist, according to Mehalakes.

The museum has not had the painting appraised — and has no intention of selling it — but authenticated works by Rembrandt have fetched tens of millions of dollars.

The painting, currently in the museum’s vault, will go on public display starting June 7.

PHOTOS: After 500 years, Raphael’s tapestries return to the Sistine Chapel