LOS ANGELES — Ronnie Spector, the cat-eyed, bee-hived rock ‘n’ roll siren who sang such 1960s hits as “Be My Baby,” “Baby I Love You” and “Walking in the Rain” as the leader of the girl group the Ronettes, has died. She was 78.

Spector died Wednesday after a brief battle with cancer, her family said. “Ronnie lived her life with a twinkle in her eye, a spunky attitude, a wicked sense of humor and a smile on her face. She was filled with love and gratitude,” a statement said. No other details were revealed.

The Ronettes’ sexy look and powerful voices — plus songwriting and producing help from Phil Spector — turned them into one of the premier acts of the girl-group era, touring England with the Rolling Stones and befriending the Beatles.

Spector, alongside her sister Estelle Bennett and cousin Nedra Talley, scored hits with pop masterpieces like “Baby, I Love You,” “Walking in the Rain,” “I Can Hear Music” and “Be My Baby,” which was co-written by Spector, Jeff Barry and Ellie Greenwich.

“We weren’t afraid to be hot. That was our gimmick,” Spector said in her memoir. “When we saw The Shirelles walk on stage with their wide party dresses, we went in the opposite direction and squeezed our bodies into the tightest skirts we could find. Then we’d get out on stage and hike them up to show our legs even more.” 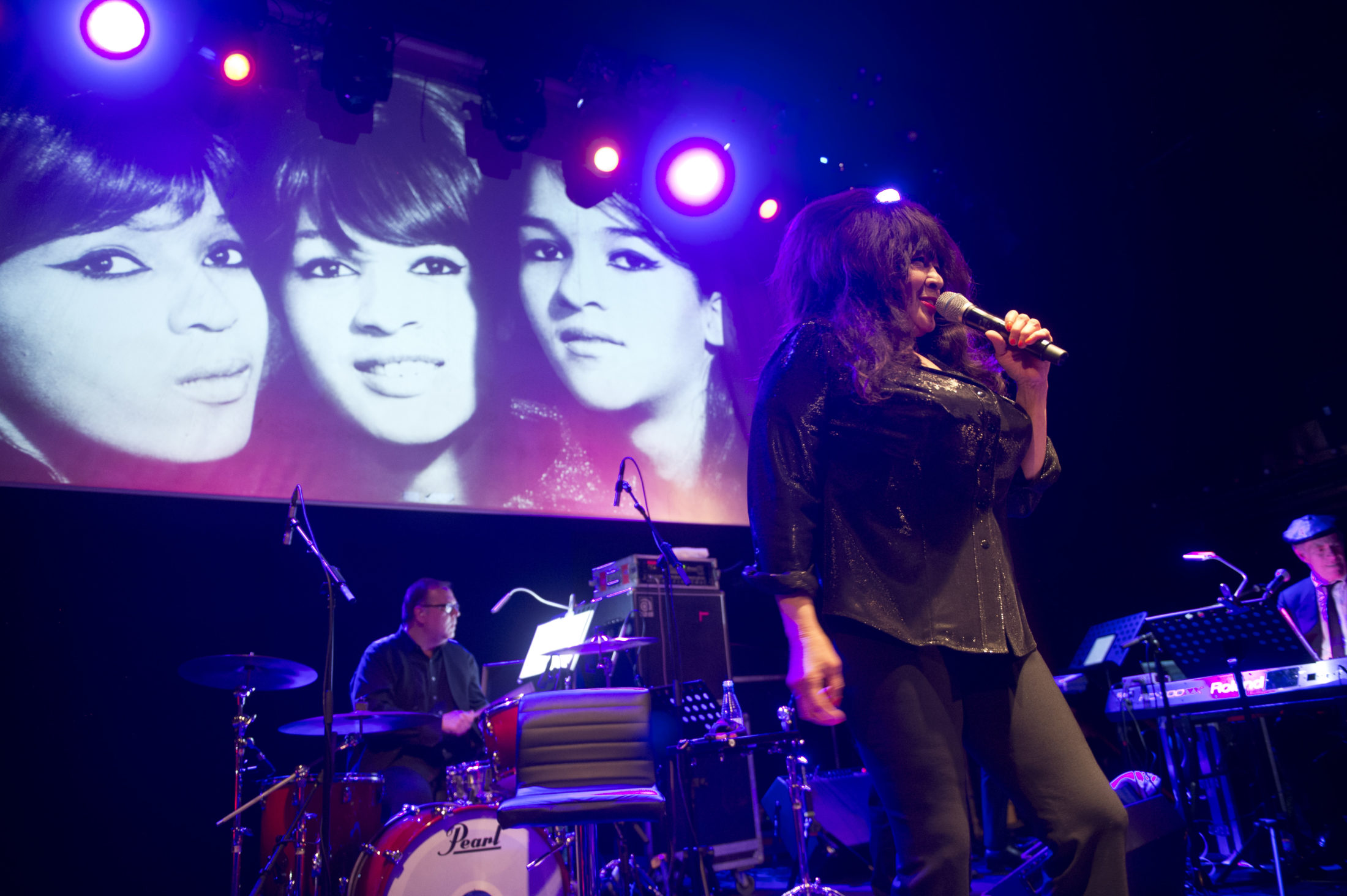 Spector, born Veronica Bennett, and her multiracial bandmates grew up in the Washington Heights area of Manhattan. They began singing and dancing in clubs as Ronnie and the Relatives, becoming noteworthy for their liberal use of eyeliner and mascara.

“The louder they applauded, the more mascara we put on the next time,” she wrote in her memoir. “We didn’t have a hit record to grab their attention, so we had to make an impression with our style. None of it was planned out; we just took the look we were born with and extended it.”

In March 1963, Estelle Bennett managed to arrange an audition in front of Phil Spector, known for his big, brass-and-drum style dubbed the “wall of sound.” They were signed to Phillies Records in 1963. After being signed, they sang backup for other acts until Spector had the group record “Be My Baby” and “Baby I Love You.”

The group’s debut album, “Presenting the Fabulous Ronettes Featuring Veronica,” was released in 1964. Five of its 12 tracks had made it to the U.S. Billboard charts.

“Nothing excites me more than just being onstage, having fun and flirting and winking to the guys and stuff like that,” she told People magazine in 2017. “I just have so much fun. It’s just the best feeling when I go out and they say, “Ladies and gentlemen…” –my heart stops for a minute–“…Ronnie Spector and the Ronettes!” Then I just go out there and the crowd reacts the way they react and I can go on singing forever.”

After touring Germany in 1967, the Ronettes broke up. Spector married Ronnie in 1968, then she said he kept her locked in their Beverly Hills mansion. Her 1990 autobiography “Be My Baby: How I Survived Mascara, Miniskirts And Madness” tells an unhappy story of abuse. The couple divorced in 1974. Phil Spector was sent to prison in 2009 for the murder of actress Lana Clarkson and died in 2020. 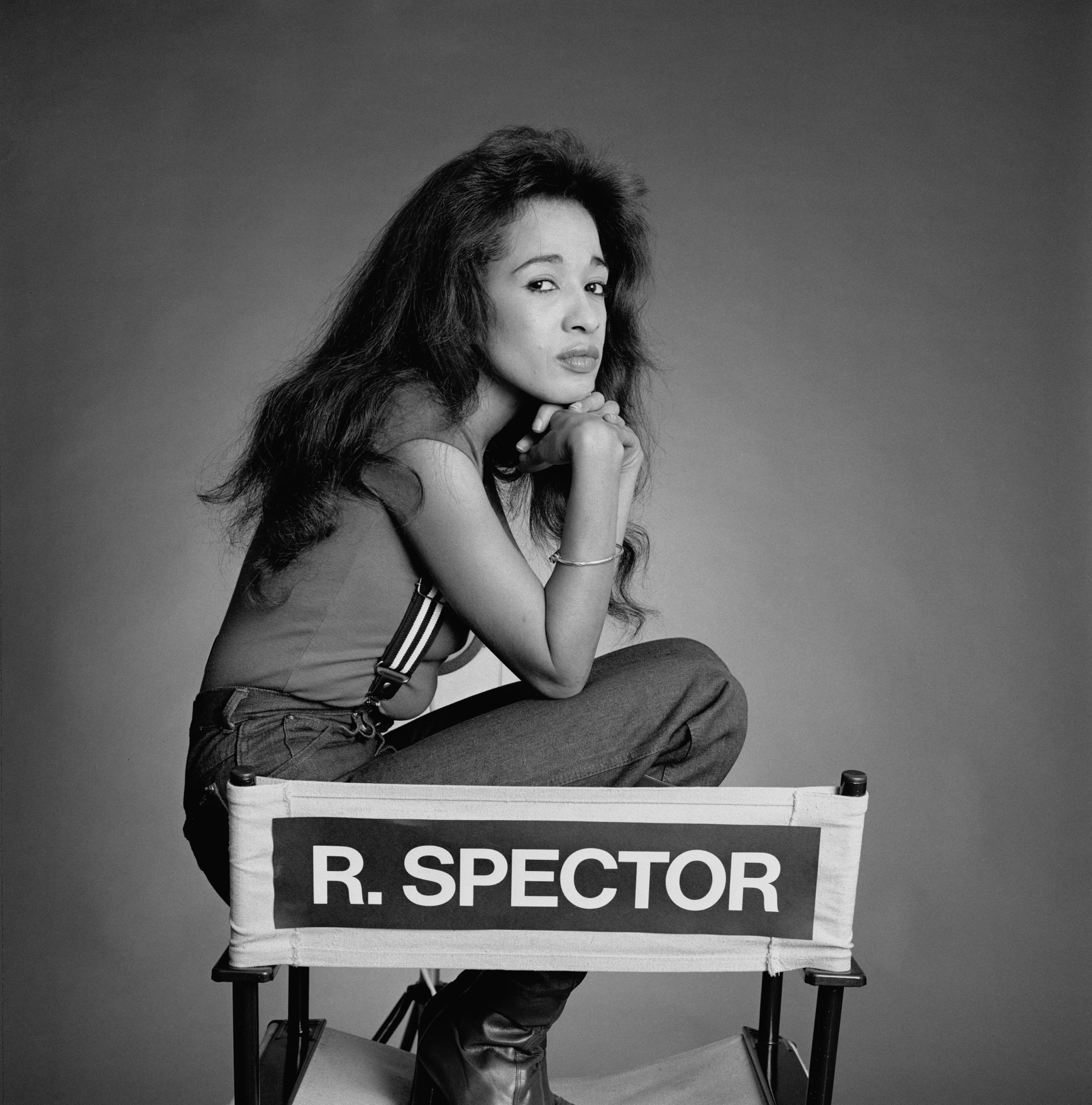 Martin Scorsese used “Be My Baby” to open his 1973 film “Mean Streets” and the song appears in the title sequence of “Dirty Dancing” and the closing credits of “Baby Mama.” It also appeared on TV in “Moonlighting” and “The Wonder Years.”

When the Ronettes were inducted in the Rock and Roll Hall of Fame, Keith Richards of the Rolling Stones remembered opening for the trio in England in the mid-1960s. “They could sing all their way right through a wall of sound,” Richards said. “They didn’t need anything. They touched my heart right there and then and they touch it still.”

After the Ronettes broke up, Spector continued to tour and make music, including “Take Me Home Tonight” with Eddie Money, recording Joel’s “Say Goodbye to Hollywood” with Bruce Springsteen’s E Street Band, and recording the 1999 EP “She Talks to Rainbows,” which included her first ever recording of “Don’t Worry Baby,” written for her by Brian Wilson.

In 2006, she released “Last of the Rock Stars,” her first album in 20 years and it featured appearances by the Raconteurs, Keith Richards, Patti Smith and the Raveonettes. In 2010 she released a doo-wop Christmas EP called “Ronnie Spector’s Best Christmas Ever” and in 2016 released “English Heart,” her covers of songs from Britain in the ’60s.

She is survived her husband, Jonathan Greenfield, and two sons, Jason and Austin.