Art Neville, member of funk band The Meters, dies at 81

NEW ORLEANS (AP) — Art Neville, a member of one of New Orleans’ storied musical families, the Neville Brothers, and a founding member of the groundbreaking funk band The Meters, has died at age 81.

“Art ‘Poppa Funk’ Neville passed away peacefully this morning at home with his adoring wife, Lorraine, by his side,” Sorrell said in an email.

The cause of death was not immediately available but Neville had battled a number of health issues including complications from back surgery.

The Neville brothers spent some of their childhood in the now demolished Calliope housing project in New Orleans and some at a family home in uptown New Orleans. They started singing as kids but then went their separate ways in the 1950s and 1960s. It wasn’t until 1977, that the brothers finally got together again and in 1978 they recorded their first Neville Brothers album. 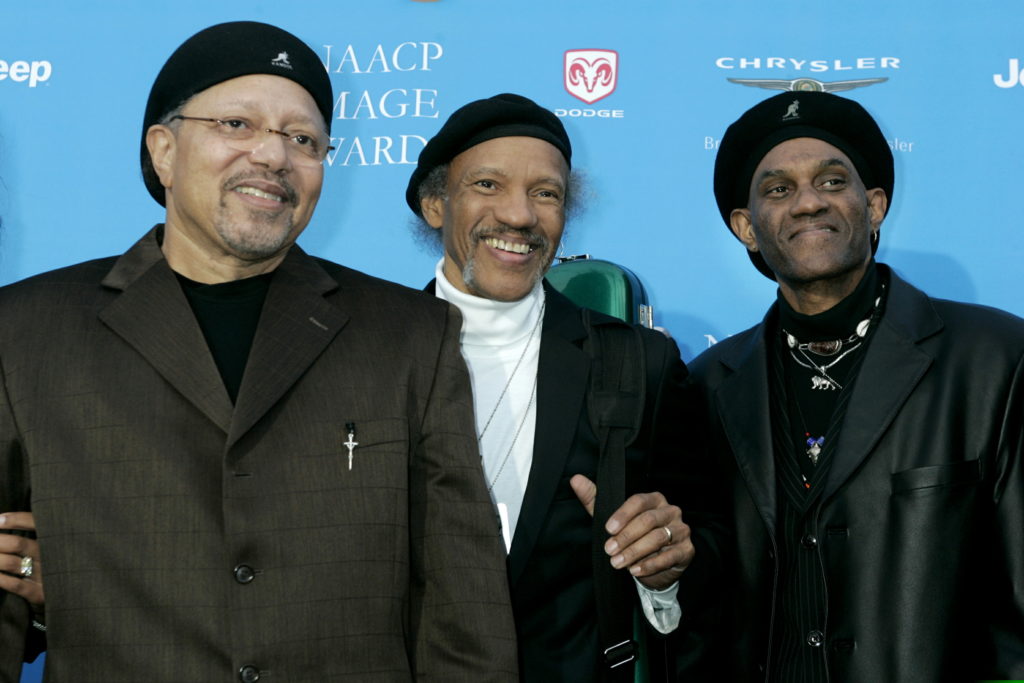 Three of the Neville Brothers music group Art (far left), Charles and Cyril Neville pose as they arrive at the taping of the 37th annual NAACP Image Awards in Los Angeles, California February 25, 2006. Photo via Reuters

The other members of the Neville Brothers included Charles, Cyril, and Aaron. Charles died in 2018.

For years, the Neville Brothers were the closing act at the annual New Orleans Jazz & Heritage Festival. After 2005’s Hurricane Katrina, the four brothers — like many New Orleanians — were scattered across the country while the city struggled to recover. They returned to anchor the festival in 2007.

“This is how it should be,” Art Neville said during a news conference with festival organizers announcing their return to the annual event. “We’re a part of Jazz Fest.”

In 1954 Neville was in high school when he sang the lead on the Hawketts’ remake of a country song called “Mardi Gras Mambo.”

WATCH: Why artists are responsible for moving society forward

He told the public radio show “American Routes” that he was recruited by the Hawketts. “I don’t know how they found out where I lived,” he said in the interview. “But they needed a piano player. And they came up to the house and they asked my mother and father could I go.”

More than 60 years later, the song is still a staple of the Carnival season, but that longevity never translated into financial success for Art Neville who received no money for it.

“It made me a big shot around school,” Art said with a laugh during a 1993 interview with The Associated Press.

In 1968, Art, Aaron and Cyril joined four New Orleans musicians to form The Meters, an American funk band often cited by other bands as a musical influence.

Neville announced his retirement in December.