CLEVELAND — Many film fans are anxiously awaiting the day they can return to the multiplex and the immersive grandeur of the big screen. Until then, some Northeast Ohio theaters are working to simulate the traditional movie-going experience.

When Gov. Mike DeWine shut movie theaters down in mid-March due to coronavirus precautions, the six-theater Cleveland Cinemas chain found another way to show new films. 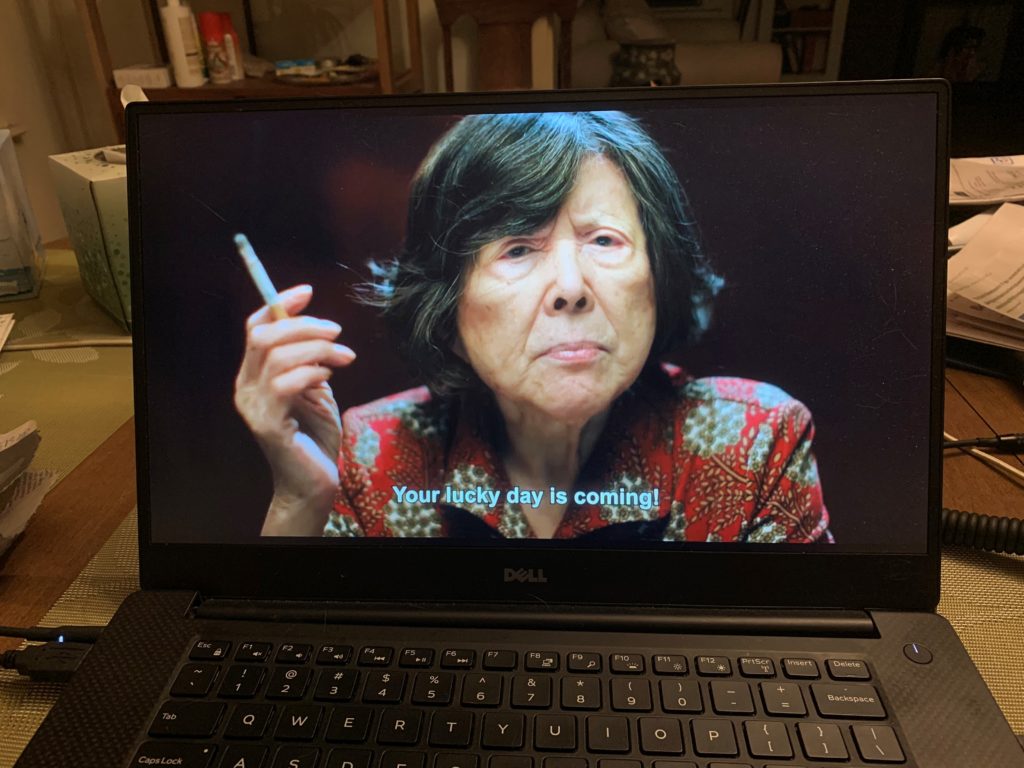 “Lucky Grandma” is one of the selections in the Cleveland Cinemas’ “Virtual Screening Room.” Image courtesy of Good Deed Entertainment

Some of the smaller film distributors started offering foreign and quirky independent titles for in-home, video-on-demand viewing. The only way to see them was through your local movie theater. Since March, about 45 films have played in what they’re calling the “Virtual Screening Room.”

“It’s not anything comparable to movie ticket sales, by any means,” said Dave Huffman, director of marketing. “Of course, any chance to put a few dollars in the coffer, we’re not going to pass that up right now.” 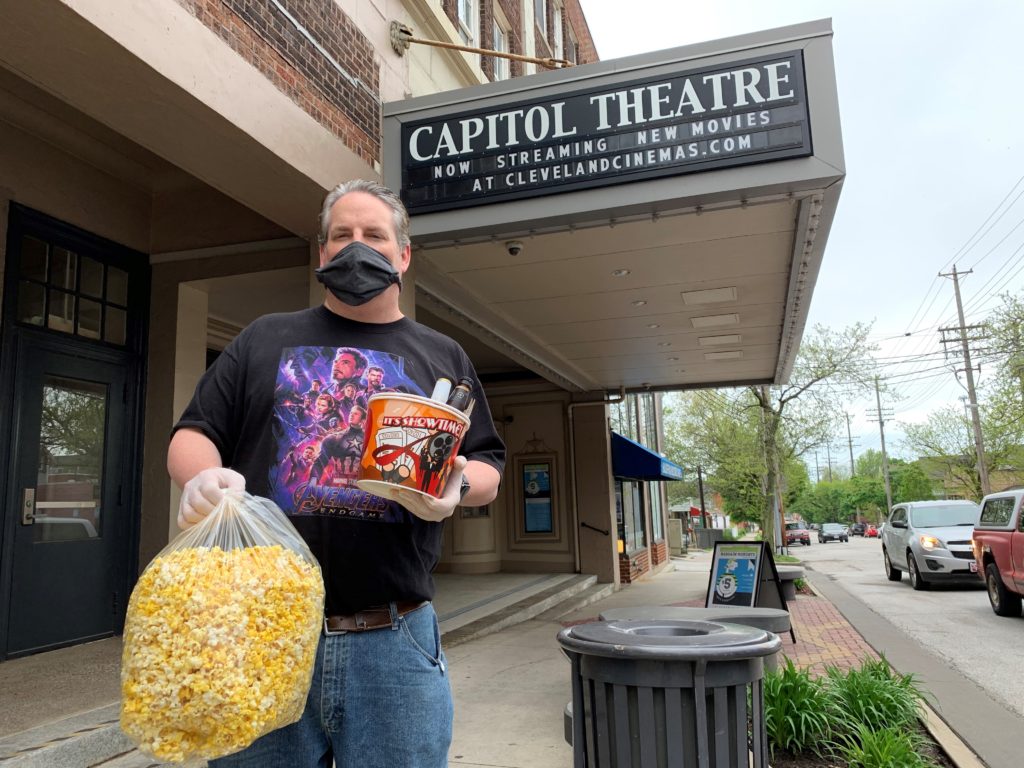 And to make the experience a little less virtual, would-be moviegoers can pre-order a bag of popcorn, some candy, even a couple of beers to pick-up at the theater through its “Curbside Concessions” program. Huffman said the first week they offered the take-home popcorn, they were expecting maybe 100 people to stop by, but they ended up with nearly 200 orders.

But if real movie popcorn doesn’t satisfy your hunger for an old-school film experience, you can join a live crowd at the drive-in.

Yes, drive-in movies still exist. In fact, Ohio is home to 24 drive-in theaters. The Aut-O-Rama Drive-In, in North Ridgeville, Ohio, has screened thousands of films under the stars since the Sherman family opened it in 1965. You might think that watching a movie at a drive-in theater inherently would be a socially distant activity, but Deb Sherman said the opposite is true.

“People don’t just come here and sit in the cars normally and watch the movie,” she said. “They’ll visit with the people, park next to them or they’ll meet a bunch of their friends here. And they’ll hang out together till the movie starts.” 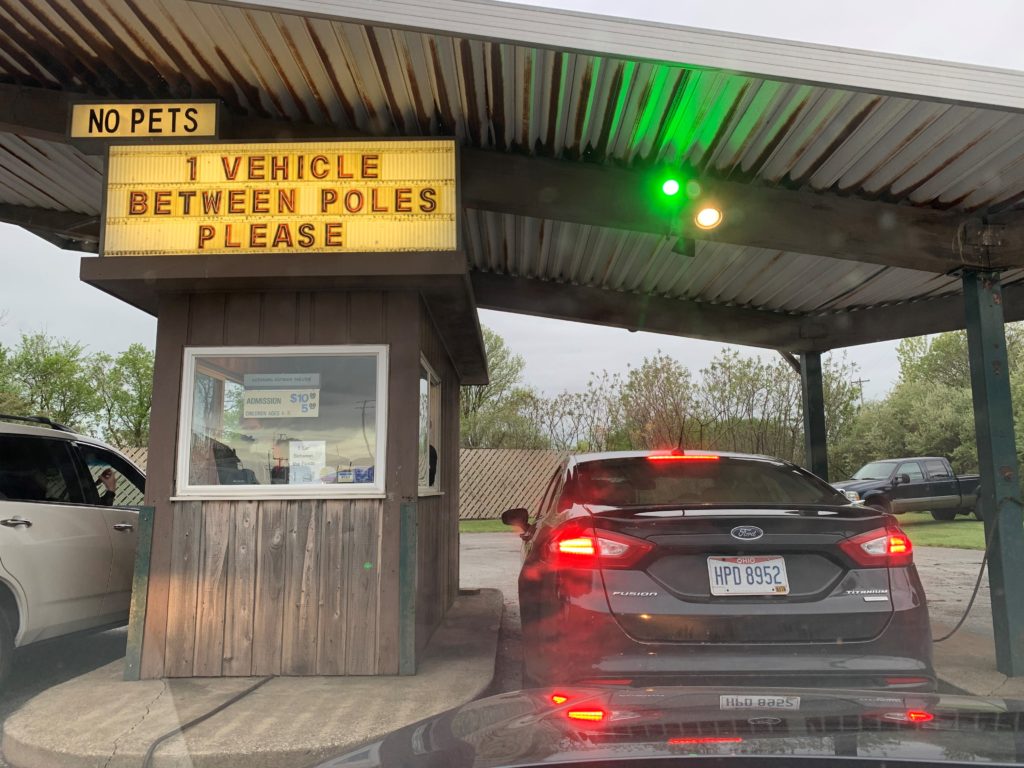 Sherman said her films have been selling out the past couple weekends, though she’s holding attendance at 50-percent capacity. And everyone is asked to maintain 6 feet of distance when hitting the concession stands and bathrooms. On her screens, she’s running the remaining available films that were produced before the pandemic, and holding out hopes that Christopher Nolan’s highly anticipated new film, “Tenet,” will come out in mid-July.

The movie industry is putting stock in this science fiction thriller to bring audiences back to theaters, be they multiplexes or under the stars. Both Sherman and Dave Huffman say the film will play at their respective venues, whenever it’s released.

Of course, that depends on governors across the country giving the O.K. for theaters to reopen, and whether customers feel it’s safe to go. Sherman thinks there’s some healing in keeping old traditions alive.

“It’s just good to be open and try and give people a little bit of a break from all that stuff going on,” she said. “And hopefully they feel a little more like normal when they leave at the end of the night.”

Related Content
Music
A music maker sings the coronavirus blues
Arts & Culture Ideastream Public Media Ohio
How art therapists are adapting during the pandemic
Books
Black authors knew they were being paid less. This hashtag revealed how large the gap really is
Arts & Culture
What the pandemic means for a film industry in a ‘state of paralysis’
Top Stories
Arts & Culture
Philadelphia’s ‘Liberty’ exhibit spotlights role of people of color in American Revolution