LOS ANGELES — Bob Saget, the actor-comedian known for his role as beloved single dad Danny Tanner on the sitcom “Full House” and as the wisecracking host of “America’s Funniest Home Videos,” died while on a stand-up tour. He was 65.

Deputies in Orange County, Florida, were called Sunday about an “unresponsive man” in a hotel room at the Ritz-Carlton in Orlando and found Saget dead, according to a sheriff’s statement on Twitter. Detectives found “no signs of foul play or drug use in this case.”

Saget was in Florida as part of his “I Don’t Do Negative Comedy Tour.” After warm audience receptions to his gigs Friday in Orlando and Saturday in the Ponte Vedra Beach resort area, he celebrated online.

“I’m back in comedy like I was when I was 26. I guess I’m finding my new voice and loving every moment of it,” he posted Saturday on Instagram.

Fellow comedians and friends praised Saget not only for his wit, but his kindness.

“I am broken. I am gutted. I am in complete and utter shock. I will never ever have another friend like him,” wrote John Stamos, who co-starred with Saget on “Full House.” “I love you so much Bobby.”

“I have no words. Bob was one of the best humans beings I’ve ever known in my life. I loved him so much,” said Candace Cameron Bure, who played Saget’s daughter on “Full House.”

“In often a ruthless business he was historically not just hilarious but more importantly one of the kindest human beings I ever met in my career,” actor Richard Lewis wrote on Twitter.

In a statement Sunday, Saget’s family members said they are “devastated to confirm that our beloved Bob passed away today…. Though we ask for privacy at this time, we invite you to join us in remembering the love and laughter that Bob brought to the world.”

Saget the stand-up showed his flip side with what became a much-talked-about cameo in the 2005 documentary “The Aristocrats” — in which 100 comics riffed on the world’s dirtiest joke — that revealed his notoriously filthy sense of humor.

Raunchy comedy wasn’t part of his long-running network TV shows. He hosted the family friendly “America’s Funniest Home Videos” and played the squeaky clean widower and dad to three young girls on “Full House,” the ABC sitcom that also brought fame to Olsen twins Mary-Kate and Ashley when it debuted in 1987.

“Bob was the most loving, compassionate and generous man. We are deeply saddened that he is no longer with us but know that he will continue to be by our side to guide us as gracefully as he always has,” the Olsens said in a joint statement.

The show’s popularity didn’t deter critics, some calling it cheesy and others deeming it unreal. Saget, as amiable and droll in an interview as he was on TV screens, took the brickbats in stride.

“‘Full House’ was a loving kind of show but obviously over the top. It had its heightened reality, a glossy Willy Wonka quality to it,” he told The Associated Press in a 2001 interview.

That year, Saget took another pass at playing a widowed dad with winsome kids on the short-lived sitcom “Raising Dad.”

He said he found himself repeatedly fielding questions about his habit of playing sitcom widowers, and had a ready response: “(Kevin) Costner does three, four baseball movies and that’s OK. There’s my rationale.” 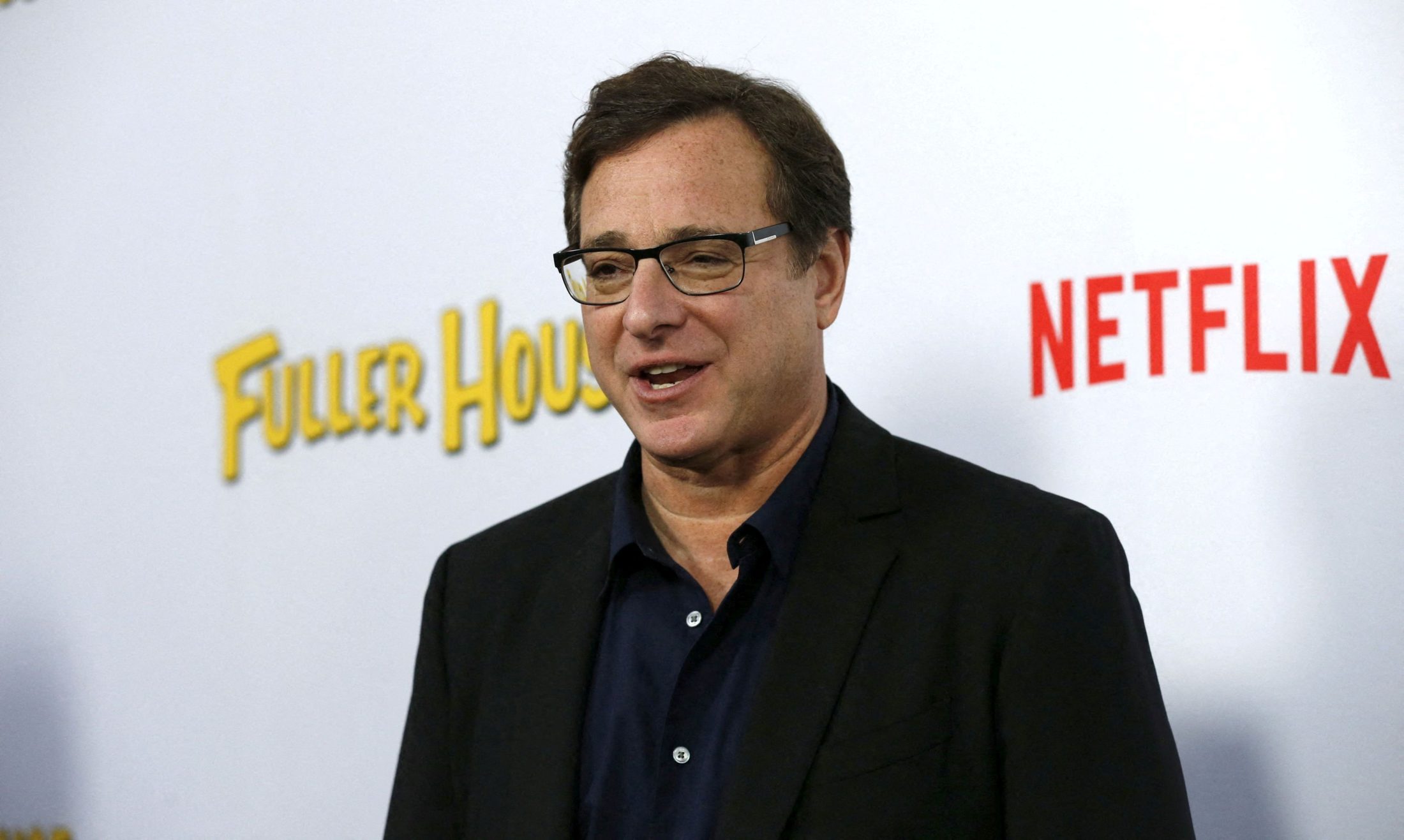 Actor Bob Saget poses at the premiere for the Netflix television series “Fuller House” at The Grove in Los Angeles in February 2016. Photo by Mario Anzuoni/File Photo/File Photo

Saget was born in Philadelphia on May 17, 1956, to Benjamin, a supermarket executive, and Rosalyn, who worked in hospital administration. He graduated Temple University and enrolled briefly in the University of Southern California to study film.

He left the college but stayed in Los Angeles and shifted to stand-up comedy, which led to small roles in TV and film before he found success with “Full House.” He also appeared in some episodes of the sitcom’s “Fuller House” 2016-20 sequel and was heard as the narrator on “How I Met Your Mother,” which ran for nine seasons on CBS.

“Bob Saget was the older wiser ‘me’ for nine years on How I Met Your Mother,” tweeted cast member Josh Radnor. “He was the kindest, loveliest, funniest, most supportive man. The easiest person to be around. A mensch among mensches.”

In guest appearances on the Hollywood-set dark comedy “Entourage,” Saget played a warped character named Bob Saget who was foul-mouthed but, unlike the man himself, was a misogynist and worse.

In early 2020, Saget was preparing for the start of his comedy tour when the pandemic put it on hold. He turned his energies to a podcast, “Bob Saget’s Here For You,” which gave fans an open mic to comment and ask him questions.

He focused occasionally on directing over the years, including on HBO’s “The Mind of the Married Man,” and the Norm Macdonald film “Dirty Work,” and appeared on Broadway in “Hand to God” and in “The Drowsy Chaperone.”

He drew praise as producer-director of the 1996 TV film “For Hope,” loosely based on the battle of his late sister, Gay, with the tissue disease scleroderma, and appealed for increased federal support for research funds.

He remembered his sister in a January 2020 post, noting that she died when she was 47 and would have been 73 that month.

Saget had daughters Aubrey, Lara and Jennifer with first wife Sherri Kramer before divorcing in 1997. He married Kelly Rizzo in 2018.