WASHINGTON — “Winnie the Pooh” and “The Sun Also Rises” are going public.

A.A. Milne’s beloved children’s book and Ernest Hemingway’s classic novel, along with films starring Buster Keaton and Greta Garbo are among the works from 1926 whose copyrights will expire Saturday, putting them in the public domain as the calendar flips to 2022.

Poetry collections “The Weary Blues” by Langston Hughes and “Enough Rope” by Dorothy Parker will also turn 95 and enter the public domain under U.S. law. 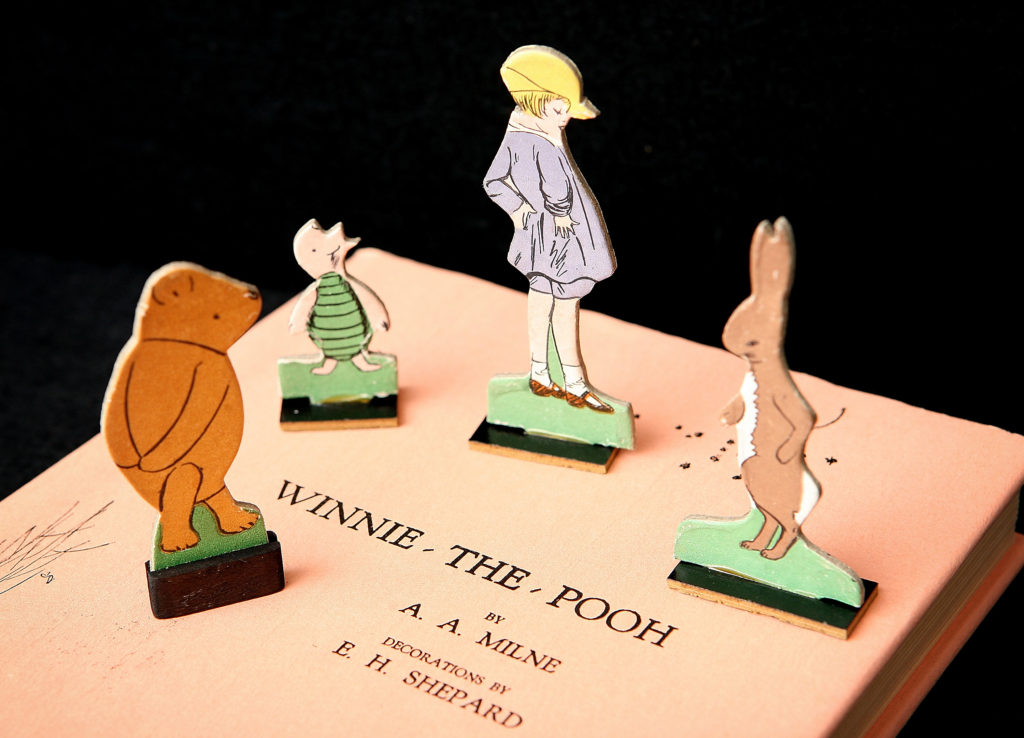 A rare American first edition of a Winnie-the-Pooh book signed by the author A.A. Milne and illustrator E.H Shephard on display by Sotheby’s in 2008. Photo by Peter Macdiarmid/Getty Images

And under 2018 legislation by Congress, sound recordings from the earliest area of electronic audio will become available.

Copyright experts at Duke University estimate that some 400,000 sound recordings from before 1923 will become available for public use, including music from Ethel Waters, Mamie Smith, Enrico Caruso and Fanny Brice.

READ MORE: How the public domain offers new life to these poetry classics

Once a work enters the public domain it can legally be shared, performed, reused, repurposed or sampled without permission or cost.

The long U.S. copyright period adopted in recent decades has meant that many works that would now become available have long since been lost, because they were not profitable to maintain by the legal owners, but couldn’t be used by others.

“The fact that works from 1926 are legally available does not mean they are actually available,” Jennifer Jenkins, director of Duke’s Center for the Study of the Public Domain, said in a post celebrating Saturday’s “Public Domain Day.” “After 95 years, many of these works are already lost or literally disintegrating (as with old films and recordings), evidence of what long copyright terms do to the conservation of cultural artifacts.”