Which books of 2022 will you remember and recommend?

Thursday on the PBS NewsHour, Maureen Corrigan, book critic for NPR's Fresh Air, and New York Times books editor Gilbert Cruz join Jeffrey Brown to share some of their favorite books of the year. Here, they describe a few of their suggestions.

This is a novel that tells the rise of a financier in New York City in the early 20th century, but it tells it from four different perspectives. … This is one of my favorite books of the year. 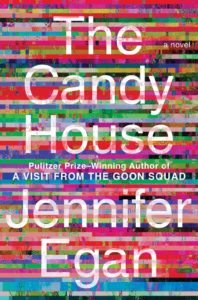 "The Candy House" by Jennifer Egan

Jennifer Egan wrote the Pulitzer Prize-winning novel A Visit From The Goon Squad. … And The Candy House is a sequel. … You find some of the same characters, but it sort of takes them in a completely different direction. …It is grappling with what it means to be hooked into technology and social media.

WATCH: New novel imagines how memories can be accessed and reviewed by ourselves and others

This is a novella… telling the story of a young girl who's shipped off to relatives she doesn't know to live for a summer on a farm. … Keegan raises the question of whether this is a kindness or not to introduce a child who has been deprived to a different way of living and different relationships when she's going to be shipped back to her parents at the end of the summer. 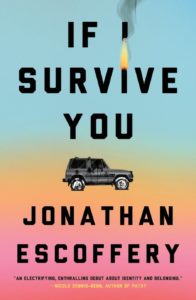 "If I Survive You" by Jonathan Escoffery

It's about a Jamaican American family. The parents come to Florida to … try to give their two young sons another kind of life. They keep getting knocked down. The 2008 recession. Hurricane Andrew. Racism. Escoffery is a terrific writer … and the "You" his characters are trying to survive is America.

It's a memoir of growing up as a child of Taiwanese immigrants in California. But it's also the memoir of going to Berkeley in the mid-1990s. … [The author] becomes friends with the son of Japanese American immigrants, a boy named Ken, who he first thinks is sort of this very simple frat boy, but then grows to learn is much more complicated. … It's a book about grief. It's a book about youth and nostalgia.

"An Immense World" by Ed Yong

This is a book about animals and specifically about the ways that animals perceive the world and how those perceptions are different from the way that humans see the world. … Whether you like animals or not, it was just endlessly fascinating. 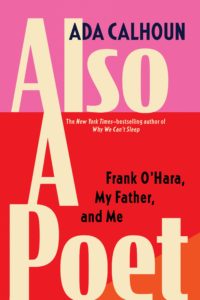 "Also a Poet" by Ada Calhoun

Ada Calhoun is writing about her father, Peter Schjeldahl, who was an art critic for The New York Times. … She comes upon these cassette tapes that her father made when he was trying to write a biography of the New York poet Frank O'Hara. And she decides she's going to use these tapes to try to complete what he never completed. … "Also A Poet" is literary criticism. It's biography of both her father and Frank O'Hara. And it's also a daughter's memoir and a love letter to New York City. So it's fabulous.

"The Facemaker" by Lindsey Fitzharris

It's about the pioneering plastic surgery work of Harold Gillies, a doctor during World War I, who's faced with this catastrophe of all of these men who've had their faces shattered by the new technology of warfare during World War I. There are no textbooks, there are no guides. He's trying to put these men's faces back together again and to give them their lives. 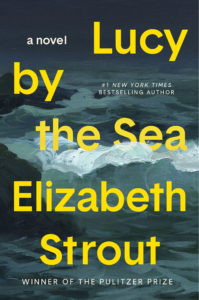 "Lucy by the Sea" by Elizabeth Strout

A novel starring a character that she's written about several times before, Lucy Barton. And in this novel, Lucy experiences the pandemic. She is an older woman who has to leave New York to go up to Maine to join her husband in a cabin so they can sort of get away from what they imagine is a very dangerous place to be. … I found it extremely readable.

"The Year of the Puppy" by Alexandra Horowitz

Alexandra Horowitz is the head of the canine cognition lab at Barnard, and she's written a lot of nonfiction about the way dogs think. … She and her family adopted a puppy during the pandemic. And so it's partly that personal story … but also this attempt, yes, to get into the mind of a creature who we love but who is not us.