NEW YORK — “Sesame Street” in the past year has tackled everything from foster care to substance abuse. Now its latest effort is trying to help children suffering as a result of the Syrian civil war.

Sesame Workshop — the nonprofit, educational organization behind “Sesame Street” — has launched a new, locally produced Arabic TV program for the hundreds of thousands of children dealing with displacement in Syria, Iraq, Jordan and Lebanon.

“The thing that became very apparent in our work on the ground is how critical the need was for the children of this region and children who have been affected by traumatic events to have the social and emotional skills they need,” said Sherrie Westin, president of Social Impact & Philanthropy at Sesame Workshop.

Called “Ahlan Simsim,” which means “Welcome Sesame” in Arabic, the show will feature Elmo, Cookie Monster and Grover, as well as two brand new Muppets — the boy monster Jad, who had to leave his home, and Basma, a purple girl monster who befriends the young stranger. An adorable goat named Ma’zooza adds comic relief.

Each 26-minute show will explore emotions experienced by all kids but particularly relevant to those dealing with trauma and will offer coping skills for feelings like anger, fear, frustration, nervousness and loneliness. In one episode, Basma shares her toys with Jad, since he left his behind. Some of the strategies include belly breathing and expression through art. 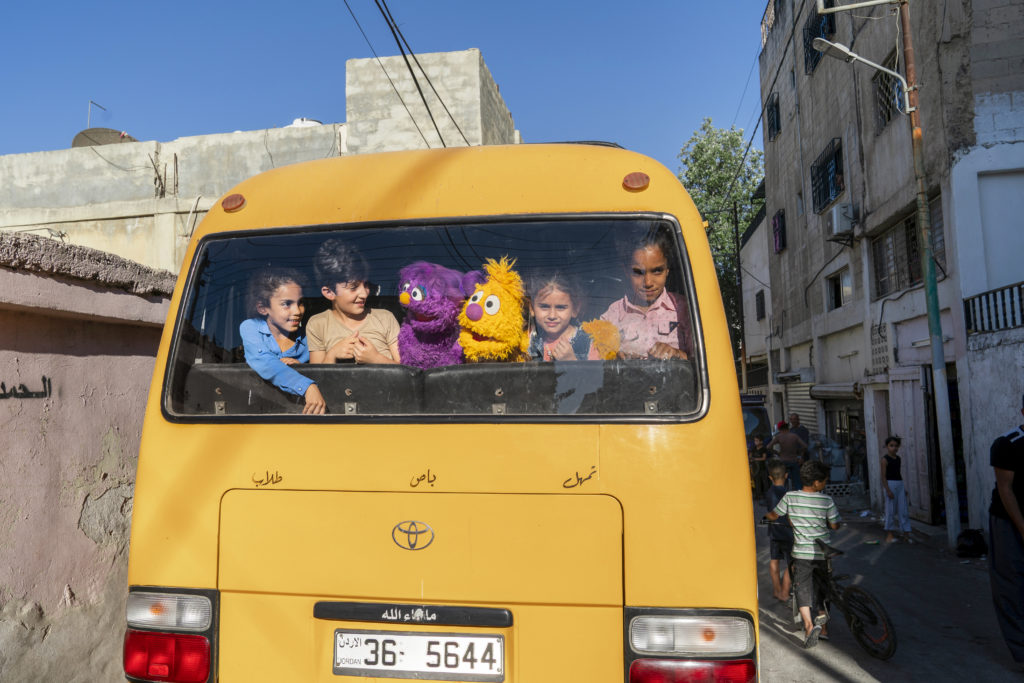 A variety show in the second half of each episode offers creators the chance to bring in local celebrities and attract an adult audience to hammer home the message. “The humor has to be there always, which is the ‘Sesame’ spirit,” said Khaled Haddad, an executive producer.

“Ahlan Simsim” will premiere Feb. 2 on MBC3, a pan-Arab satellite network that reaches 20 countries in North Africa, the Gulf and the Levant, as well as YouTube and national broadcasters across the region.

Production is based in the Jordanian capital Amman, with input from writers and performers from across the region. Dialects will be diversified, from Jordanian to Saudi.

“We know a lot about children and children’s development and what’s needed. But we always want to learn from people on the ground,” said Westin. “We know that when children can see themselves, identify with these characters and when they can relate to the story lines, we are the most effective.”

Targeted for children ages 3-8, the show will steer clear of the larger political, social or religious issues. “To the best of our ability we are not making political statements,” Westin said. 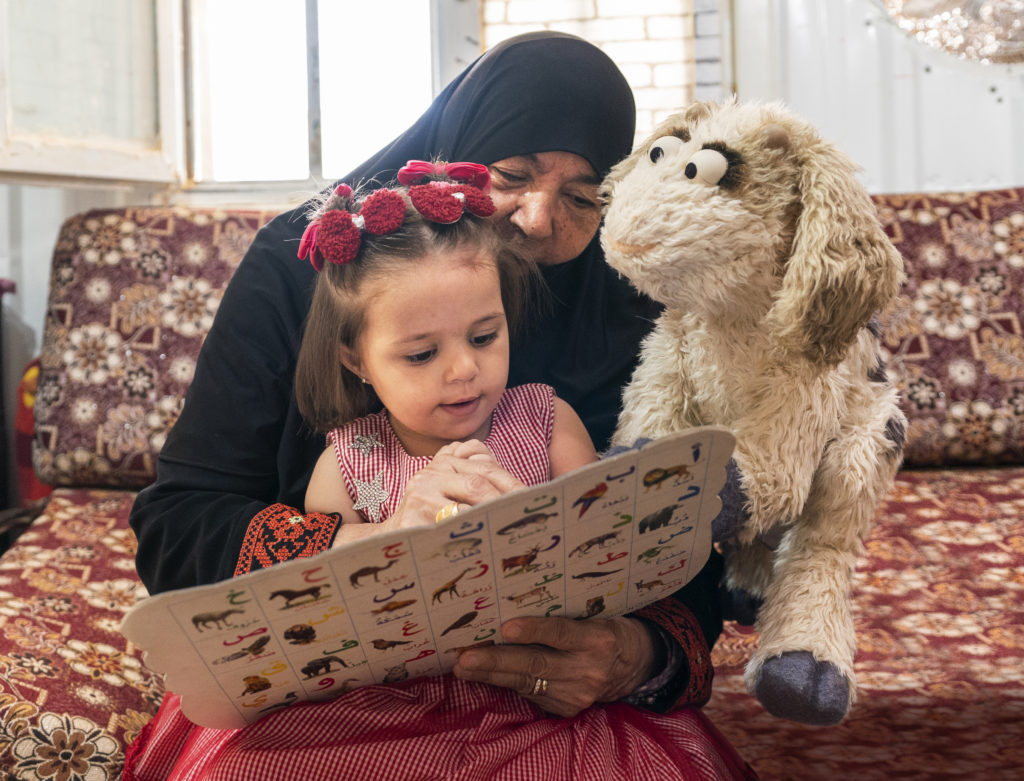 “The spirit behind ‘Sesame Street’ has always been it doesn’t matter if you have purple fur or yellow fur,” said Scott Cameron, a two-time Emmy Award-winning producer who serves as executive producer of the new show. “It’s a place where children can feel safe and supported and where real things are tackled — like fear of the dark, frustration or loneliness. We try to always do it with comedy alongside the heartfelt.”

It’s a world where the media content is meant to be a portal into a fuller, broader set of humanitarian assistance.”

The show is at the center of a wider push together with the International Rescue Committee that includes direct services, including home visits, classrooms and health clinics, all enhanced by Sesame materials like storybooks, puzzles, games and videos. One episode, for example, will show Jad terrified of going to the doctor and then will explore that fear.

“It’s more than a TV show. It’s a massive intervention,” said Cameron. “It’s a world where children and their families can feel safe and secure. And it’s a world where the media content is meant to be a portal into a fuller, broader set of humanitarian assistance.”

The program was initially funded by a $100 million award by the John D. and Catherine T. MacArthur Foundation. The LEGO Foundation then awarded an additional $100 million to deepen the play-based learning of “Ahlan Simsim” and gave Sesame Workshop the chance to expand to Bangladesh to serve families affected by the Rohingya crisis.

Since the Syrian conflict broke out in 2011, some 5 million children have been displaced internally and outside Syria, according to the U.N.-backed Commission of Inquiry on the Syrian Arab Republic. Its report this month said the youngsters have been “robbed of their childhood” by violations from all sides. 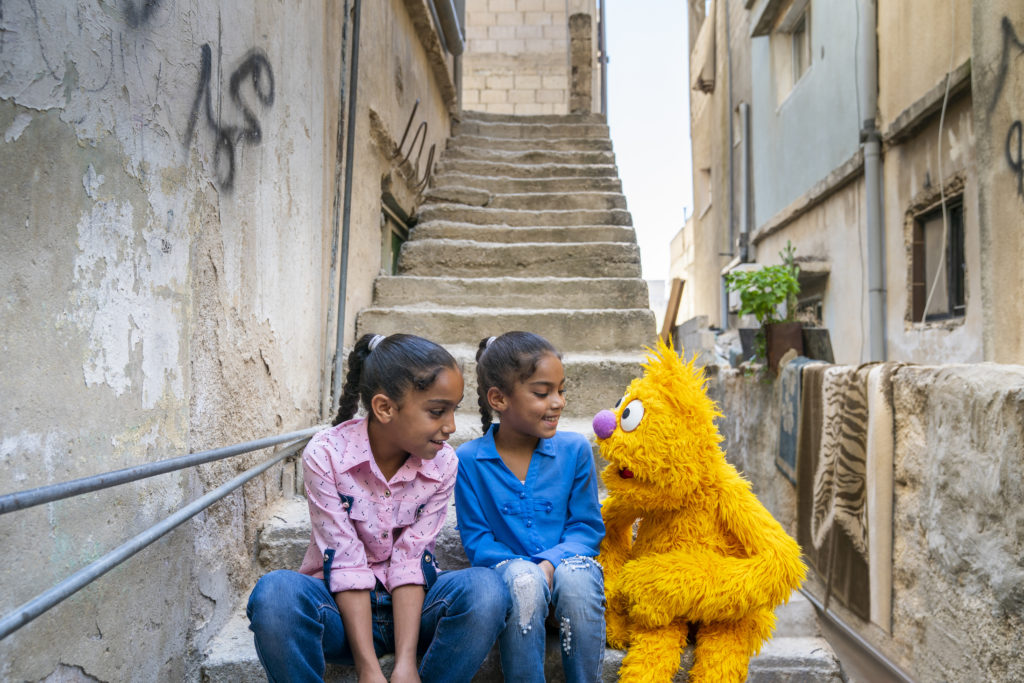 “Sesame Street” has had a presence in the Middle East for decades, starting when the show “Iftah Ya Simsim” premiered in 1979 in Kuwait, followed by local Egyptian, Jordanian, Palestinian and Israeli versions of “Sesame Street.”

This time, to assess which early childhood interventions work best in crisis settings, Sesame Workshop is working with New York University’s Global TIES for Children center to independently evaluate both the direct services and mass media components of the program.