ANDERSON, S.C. — Chadwick Boseman was remembered as a hometown hero who brought a sense of pride to his native Anderson, South Carolina.

The city paid tribute to Boseman in a public memorial on Thursday evening. The actor, who became widely popular through “Black Panther,” was honored after he shockingly died last week at the age of 43 following a private four-year battle with colon cancer.

A viewing of “Black Panther” was held at an outdoor amphitheater where people practiced social distancing. Most attendees wore masks, while others — mostly kids — dressed up in Black Panther costumes.

Some artwork of Boseman was displayed onstage during the tribute.

“He is the epitome of black excellence,” said Deanna Brown-Thomas, the daughter of legendary singer James Brown and president of her father’s family foundation. She remembered when Boseman visited her family in Augusta, Georgia, before the actor portrayed her father in the 2014 film “Get on Up.”

Boseman was a playwright who acted and directed in theater before playing the Marvel Comics character King T’Challa in “Black Panther,” which became one of the top-grossing films in history. He also wowed audiences in his portrayal of other Black icons, including Jackie Robinson in “42” and Thurgood Marshall in “Marshall,” and shined in other films such as Spike Lee’s “Da 5 Bloods.”

Brown-Thomas joked about how her family teased Boseman for being too tall to play her father. But she said Boseman was perfect for the role, admiring his humility as a high-profile actor.

“He wasn’t Hollywood, and that’s what I loved about him,” she said. 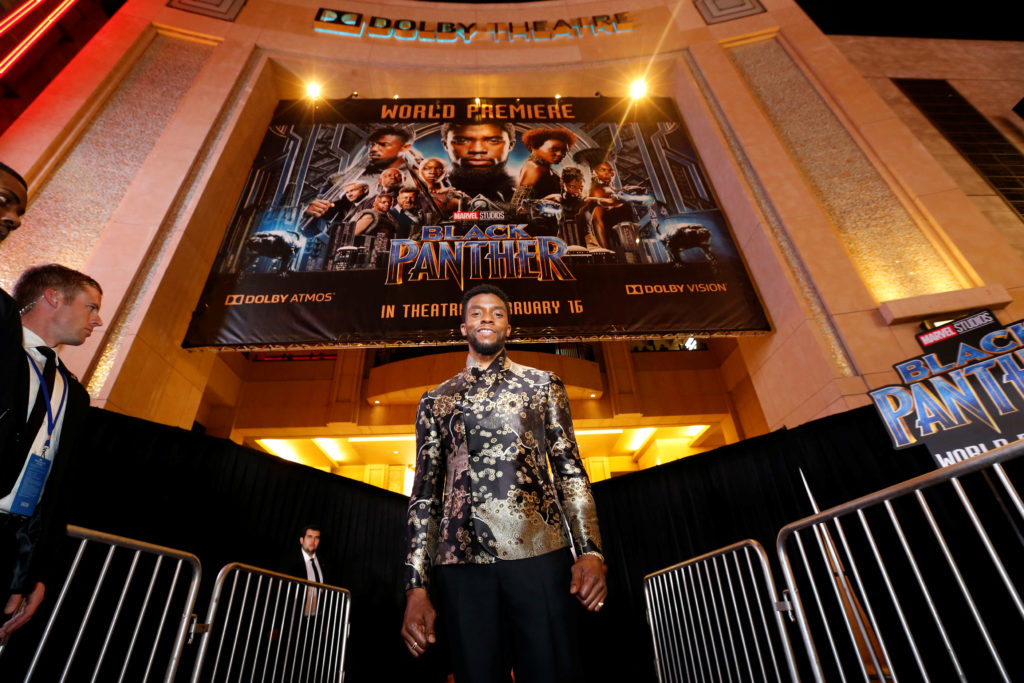 “You know, he was always reading and always trying to get better,” Roberts said. “So from a work ethic point of view, it just doesn’t happen overnight. He showed us that we’ve got to hone our skills and just persevere.”

In Anderson, a city of about 28,000 people, “there’s deep sadness and grief, but it has a bounce out of it that is such inspiration,” city spokeswoman Beth Batson said. That’s because Boseman inspired so many people in the community, she said.

“It has been amazing to watch the grief, so to speak, blossom,” she said. “Now young people say ‘what can I do, what can I be.'”

Pastor Samuel Neely said Boseman was active in church, speech and debate. The pastor said he baptized Boseman. He also praised Boseman for having high character.

“Even though he plays these different people, I still see the person I knew as a child,” said Neely, who was Boseman’s childhood pastor. “When I see him, it’s almost like seeing my own child. He’s still Chad.”

Thursday’s tribute was not a funeral, and members of Boseman’s immediate family did not plan to be in attendance, Boseman’s publicist, Nicki Fioravante, said in a statement.

“On behalf of the Boseman Family, we appreciate the community’s outpouring of love and admiration for Chadwick,” Fioravante said.