Alicia Alonso, Cuban prima ballerina assoluta and founder of the Cuban National Ballet, attends an event to mark the opening of the 25th International Ballet Festival of Havana, in 2016. Photo by REUTERS/Alexandre Meneghini
Arts & Culture

HAVANA (AP) — Alicia Alonso, the revered ballerina and choreographer whose nearly 75-year career made her an icon of artistic loyalty to Cuba’s socialist system, died Thursday at age 98.

Miguel Cabrera, an official at the National Ballet of Cuba founded by Alonso, said she died at a hospital in Havana.

As founder and director of the National Ballet of Cuba, Alonso personified the island’s arts program under Fidel Castro’s communist rule and she kept vise-like control over the troupe past her 90th birthday despite being nearly blind for decades.

In New York in the 1940s and ’50s, Alonso was one of the earliest members of the company that became the American Ballet Theatre, helping it develop into one of the more important ballet troupes in the U.S. She was recognized the world over for the stylized beauty of her choreography and was named prima ballerina assoluta, the rarely bestowed highest honor in dance.

The ballet company announced it would dedicate Thursday evening’s performance at Lincoln Center of the George Balanchine classic “Theme and Variations” to Alonso’s memory. Balanchine created the work for ABT and Alonso performed at its world premiere on November 25, 1947, partnered with Igor Youskevitch.

Even after she turned 90, Alonso maintained a busy travel schedule, cutting an impressive figure at ballet openings and other cultural events with her regal bearing, dark sunglasses and scarf-wrapped head always held high.

But Alonso also drew criticism for her longtime support of Castro’s government. Defecting dancers said they were stifled by extreme discipline, a lack of artistic freedom due to her near-stranglehold over Cuban ballet and the inability to travel freely abroad. 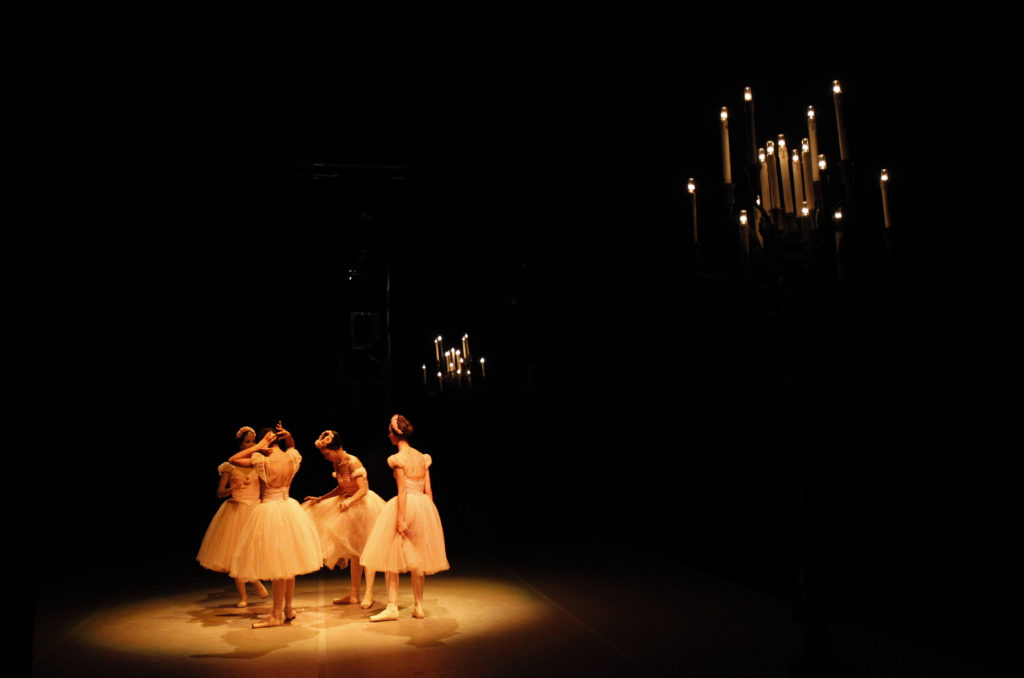 “I grabbed the barre … and I found what I liked more than anything else in the world,” Alonso told The Associated Press in 2001.

At age 16, she moved to the United States, where she married s fellow Cuban dancer and choreographer, Fernando Alonso. During their 27-year marriage, which ended in divorce, the couple had one daughter, Laura. She was Alicia Alonso’s only child.

During her early years in the U.S., Alonso continued her studies with well-known ballet teachers such as Enrico Zanfretta and Alexandra Fedorova, both from the School of American Ballet in New York.

Alonso launched her professional career in 1938 on Broadway, where she performed in the musical comedies “Great Lady” and “Stars in Your Eyes.” The following year, she was part of the American Ballet Caravan, precursor of the New York City Ballet.

Alonso joined the prestigious American Ballet Theatre of New York in 1940 and remained with the company for 16 years.

Her career took off as she danced the lead roles as prima ballerina in romantic and classical performances throughout Europe and the Americas. During that time, she worked with some of the 20th century’s greatest choreographers, including George Balanchine, Mikhail Fokine and Bronislava Nijinska.

But she worried about the development of new dancers back home and in 1948 founded her own company in Havana, the Ballet Alicia Alonso. She opened an academy of the same name shortly thereafter.

During the rule of strongman Fulgencio Batista, Alonso issued a public letter in 1956 rejecting any government assistance for her dance school. She ultimately decided not to dance again in Cuba while Batista remained in power and traveled to the United States, where she worked for a time with the Greek Theatre of Los Angeles.

Alonso returned home after the January 1959 triumph of the Cuban Revolution and changed the name of her academy to the National Ballet of Cuba, which received enthusiastic and enduring financial backing from Castro’s government.

She remained a fervent, lifelong supporter of the revolution, reportedly even joining other city-dwelling Cubans for backbreaking sugarcane harvest campaigns ordered by Castro.

Meanwhile, her company toured Latin America, Europe and the United States, performing in 1978 at the Metropolitan Opera of New York and the Kennedy Center in Washington.

In 1960, Alonso organized the first International Ballet Festival of Havana, an event that still brings some of the world’s finest dance troupes to Cuba. The American Ballet Theatre was at the inaugural festival, though the U.S. and Cuba severed relations soon after and it would be four decades before a U.S. dance company performed on the island again, the Washington Ballet in 2000.

To Cubans, who can be as fanatical about dance as about baseball, Alonso was simply Alicia — just like with Fidel, no last name was necessary. The state-run Suchel cosmetics company even developed a signature scent in her name.

So great was Alonso’s prestige that she was considered untouchable in a country where even the highest-placed have run afoul of the government, and she wielded that power to defend her own.

At some point during Cuba’s persecution of homosexuals in the 1960s and early ’70s, Alonso learned authorities were investigating some of her dancers, according to the book “Cuba Confidential” by longtime Cuba watcher Ann Louise Bardach. Alonso personally called Castro’s brother Raul and threatened to leave Cuba if they were harmed.

Alonso’s eyesight began to fail early in her career, and she danced many of her famous roles while partially blind, guided on stage by her partner’s placement and by the stage lights.

Although ultimately she could see only lights and shadows, she performed into her 70s, before retiring in 1995 after a performance in Italy. Even then she would occasionally put on her dance shoes and practice on stage using the stage-side lights as guides.

“Throughout history, I have been the ballerina who has danced the longest on stage,” Alonso told AP.

Offstage, she continued to devise choreography, plan tours and even design the company’s performance programs. Over the years Alonso’s schools churned out dancers who were in demand by companies worldwide, prized for their technical perfection.

But she also gained a reputation for micromanaging and for imposing total domination of Cuba’s dance world, just as Castro loomed over all things political. Detractors said artistic stagnation set in and the company was slow to pick up new trends, rigidly adhering to classical styles and the ballets that made her famous: “Giselle,” ”Carmen,” ”Swan Lake.”

Many dancers fled in search of creative freedom and the chance to earn more money. Star dancer Rolando Sarabia went to the U.S. in 2005, and as recently as 2010 five members of the National Ballet stayed behind in Toronto following a performance.

Alonso bemoaned the desertions, emphasizing the free training they received.

“It is painful,” Alonso told reporters after five dancers defected during a U.S. tour in 2003. “They have received an education of more than nine years, being taught without cost.”

Alonso was known for having a fiery temper and the highest physical standards for her ideal of the tall, elegant, rail-thin ballerina.

There were also signs of coolness in her relationship with her daughter, who started her own school and accepted many students who fell short of Alonso’s rigid ideal but went on to considerable achievements.

Alsonso was considered a national treasure, getting a standing ovation at Old Havana’s gilded Gran Teatro in 2010 when she made a regal entrance to a tribute on her 90th birthday.

A month earlier, her old troupe, the American Ballet Theatre, honored the aging icon when it performed in Havana 50 years after its last visit.

Alonso’s lifetime of work brought her Cuba’s highest honors, including an honorary doctorate from the University of Havana in 1973. Fidel Castro’s government granted her the Order of Jose Marti in 2000, and his successor, Raul, gave her the top arts teaching prize in 2010. She also received prestigious awards from Spain, France and UNESCO.

Alonso is survived by her husband, art critic Pedro Simón Martínez; her daughter, Laura; a grandson and two great-granddaughters.